”The Treasury of Instructions” of Jamgon Kongtrul the Great (3.)

Through the wisdom, then the way things appear to us in the samsaric state of mind, which is confused and disturbed, we find that it`s not - that the situation is not - as it is ...

”The greatest path to enlightenment” by Attisha Depankara of the Kadampa tradition; the root text 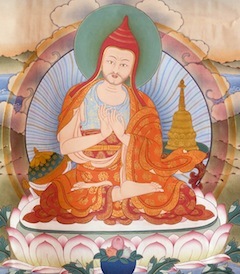